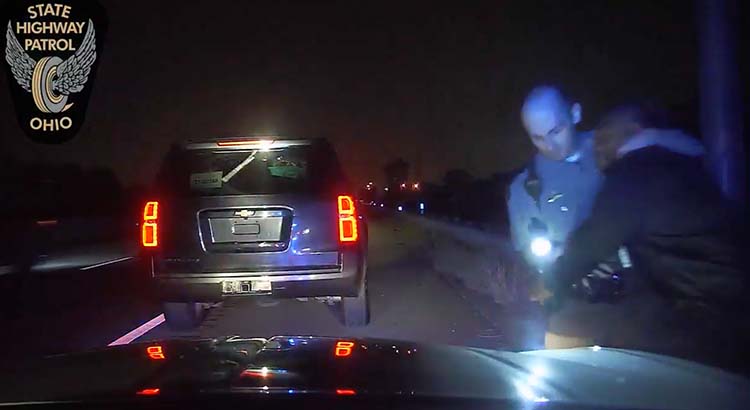 The Ohio State Highway Patrol released dashcam footage of an incident earlier this month in which a Findlay Post soldier conducted a traffic check on Interstate 75, which ended in the firing of the soldier and wounded.

At approximately 11:05 p.m. on October 6, a police officer conducted a traffic stop on a 2016 Michigan-registered Chevrolet Black Suburban after a speeding violation on Interstate 75 near mile post 160 in Hancock County.

During the roadside check, a fight ensued between the rider and the driver, identified as Robert Tramaine Hathorn.

Hathorn got hold of the soldier’s duty pistol during the scuffle, resulting in a gunshot wound. Hathorn then fled in his vehicle.

The soldier was taken to Blanchard Valley Hospital with initial reports of non-life threatening injuries.

The soldier’s service weapon is in the possession of the Ohio State Highway Patrol.

Hathorn’s vehicle was found behind a business on County Road 140 near Township Road 89.

At approximately 1:30 p.m. on October 7, Hathorn was captured on County Road 223 near Trenton Avenue in Findlay.

Hathorn is awaiting trial after being charged with six counts related to the incident.

Two dead and one seriously injured in accidents