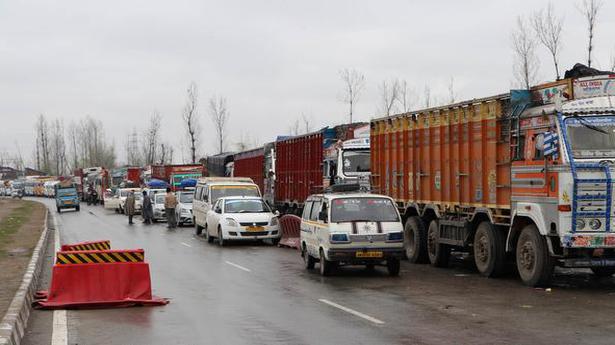 Officials said road clearing was completed around 3 p.m. Saturday, but only blocked local traffic was allowed to proceed to their destinations.

The Jammu-Srinagar National Road was cleared of debris from a massive mudslide in Ramban district on Saturday afternoon, paving the way for one-way traffic to resume after two days, officials said.

Highway traffic, the only all-weather road connecting Kashmir with the rest of the country, would be allowed from Jammu to Srinagar on Sunday subject to good weather and better road conditions, officials from the Kashmir department said. the circulation.

The road was closed for routine weekly maintenance on Friday, but was blocked at Shabanbass near Banihal following a massive mudslide triggered by heavy rains and rock fire from the hills above the several highway. places between Banihal and Ramban.

Officials said road clearing was completed around 3 p.m. Saturday, but only blocked local traffic was allowed to proceed to their destinations.

“In view of the unfavorable weather forecast issued by the weather service for the next few days, people are advised to undertake travel on the highway after confirming the condition of the road,” said a notice issued by the service. Traffic.

However, he said light motor vehicles would be allowed from Jammu to Srinagar, setting a time limit for these vehicles to pass through Nagrota (Jammu) between 5 a.m. and 12 p.m. and Jakheni (Udhampur) between 6 a.m. and 1 p.m.

“No vehicles will be allowed before and after the cut-off time,” the notice said, adding that only heavy motor vehicles stranded would be allowed between Nashree and Ramban.

Worn road signs are a problem for drivers and officials: NPR