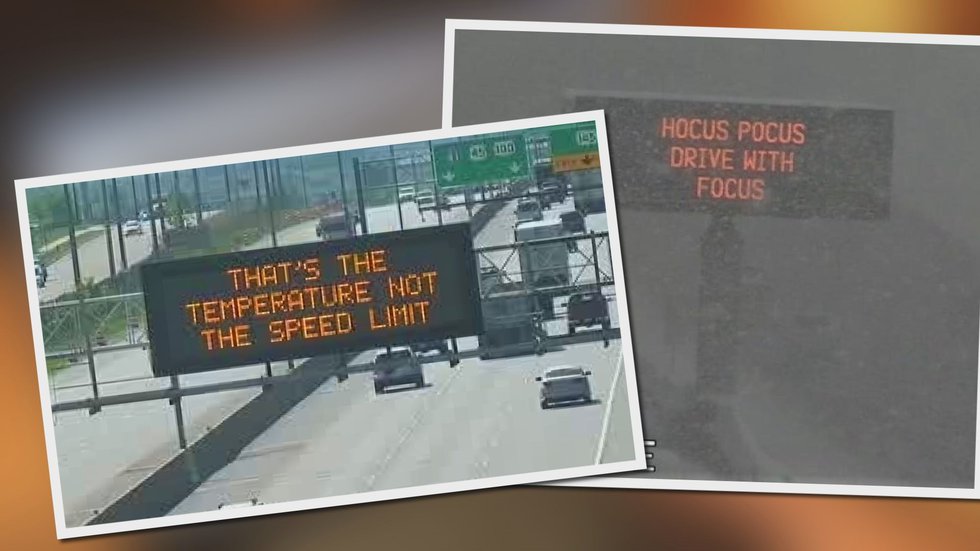 MADISON, Wisconsin (WMTV) – It only takes a second to read but can leave a lasting impression.

The mind behind the hard-hitting signs on national and interstate highways is Jon Riemann, communications manager at the Wisconsin Department of Transportation.

His work ranges from “Hocus Pocus driving with concentration” to “It’s the temperature, not the speed limit”.

With interests in “puns and word creation,” Riemann said he sees himself as a creative person. But he also gets help from a committee, which he often calls the “Creative Road Safety Messages Committee, depending on the degree of creativity.” [they] have. ”Members expect a month or two of content, as ideas can come from anyone, anywhere.

“What’s great is that it brings people together,” he said. “It gets people talking about safety. It’s great to hear people say, “I’ll talk to my friends about it.”

Riemann explained the key to writing a hard-hitting message: “We have very little time to attract people. They go at 60, 70 miles an hour – hopefully not faster than that. They have to be able to see what’s going on up there, understand it and understand what’s going on.

The engine of each message is always the same: eliminate accidents. He says there is a fatality on the roads almost every day in the state.

“It’s no accident,” he said. “It was an act of negligence on the part of someone that caused this situation. Therefore, it was a crash. It could have been avoided altogether.

Riemann is doing his part, but he’s also relying on the drivers to save lives.

“Baby Yoda always rolls in a car seat. Be careful he will, ”said Riemann, giving us a glimpse of what’s to come. He added: “I won’t try to make a Yoda [impression]. “