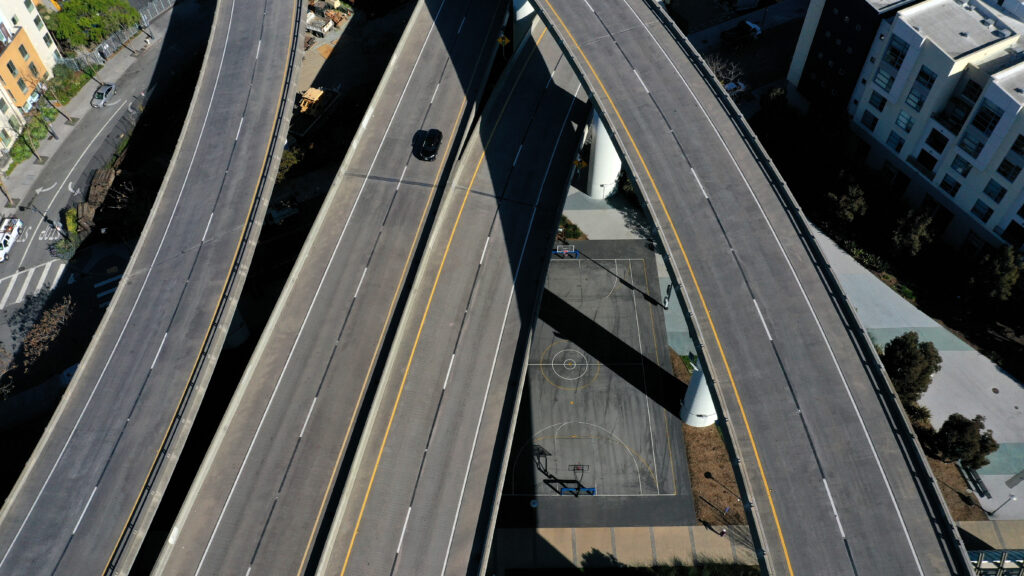 Dtraveling from California to Vermont, like I did this summer, offers time to think and a lot to watch.

The extensive interstate highway system that I followed for much of my trip, championed by President Dwight D. Eisenhower, was created in large part by the Federal-Aid Highway Act in 1956, which stated that the construction of this road network was “essential to the interest.”

It was surprising to realize that this road network would be considered a baby boom if it were one person. Highways are so deeply rooted in our American identity. A few decades after their construction, we already think of the freedom of the open road as a core American value.

These roads reflect the duality of American life today. We value individual freedom so much that in a 2013 Gallup poll, 75% of respondents ranked it as our top national virtue. Yet we are constantly fighting to create the shared infrastructure that allows this freedom.

In the American Society of Civil Engineers’ latest infrastructure report, the United States received a D + rating for our crumbling roads, bridges, dams, airports, schools, and more. When we invest in infrastructure to help all of us, historically that “all” has either excluded or specifically harmed communities of color.

Our current health systems, or the lack of them, are a prime example of this failure to embrace the link between freedom and infrastructure. America’s healthcare system is supposed to function like a free market, but it’s really a shattered patchwork of competing public, private, state, regional and federal healthcare entities. Fewer than 4 in 10 U.S. healthcare systems have the ability to share records with another system, and 3 in 10 said they do not effectively share data within their own organizations.

The Covid-19 pandemic highlights the absence of these systems. As Ben Moscovitch, director of health information policy at Pew Charitable Trusts, tweeted: “When public health officials have to waste time looking up a phone number or entering faxed information into a database, it hampers their response. Sadly, both are happening in spades today.

Doctors don’t know when their patients test positive for Covid-19, public health officials don’t have patient contact details, hospitals have no idea whether incoming patients have been tested. No wonder nearly 180,000 Americans have died as of this writing.

It’s a broken system that Eisenhower would have recognized. In 1919, as a lieutenant colonel, he led a race across the country from Washington, DC, to San Francisco. It took 62 days for the military convoy to make its way through the patchwork of roads that shake bones and shatter axles. When he served as the Supreme Allied Commander in Europe during World War II, Eisenhower saw how Germany allowed speed of travel via wide concrete highways. As he wrote in ‘At Ease,’ his memoir, ‘The old convoy reminded me of good two-lane highways, but Germany made me understand the wisdom of wider ribbons across. the country.

The Federal-Aid Highway Act of 1956, backed by Eisenhower, was not the first law to attempt to connect our country, but it crucially included a massive allocation of $ 26 billion, with the federal government paying 90% and States contributing 10%.

Campaigns to create the interstate highway system focused on themes that it would reduce traffic, speed up transport, make it safer to exit cities in the event of an atomic bomb attack, and replace what one highway advocate called out “unwanted slum areas” with immaculate concrete ribbons.

Stop for a moment on this last point. While the Federal-Aid Highway Act connected America with more than 46,000 miles of freeway, it did so at a significant and brutal cost to low-income minority neighborhoods that it was deliberately driven to demolish. . In 2016, then US Transportation Secretary Anthony Foxx said, “We now live with a system that has in some cases branched off from neighborhoods; in some cases, limits the ability of some regions to be as healthy and economically strong as they can be. “

Our failures in the Covid-19 pandemic, our country’s latest civil rights uprisings, our crumbling infrastructure – all of this is linked in our country’s history. The choices we have made and those we have avoided over the past 100 years have brought us to a place where we have become less free. The pandemic is limiting where we can travel, at home and abroad. Millions of us are denied access to offices, restaurants, shops and schools. And black communities, separated and diminished by concrete ribbons not so long ago, find the pandemic more severe in terms of economic losses and deaths than white communities.

We have the technology and the will to change that. In the health arena, it is possible to build a better version of the interstate highway system: a fair information highway that connects every person in this country, perhaps in a matter of months. Healthcare leaders over the past decade have laid a solid foundation for the technologies, connections, and standardized languages ​​that can make this interstate information superhighway fast.

It doesn’t exist yet because our leaders haven’t had the economic power and compassion to override the voices of the status quo – the many hospitals and healthcare organizations that say it’s too difficult or too disruptive to share the infrastructure.

There are many ways that a national health care highway system could help steer us toward health justice. A 2013 study found that access to shared patient data halved the rate of patients returning to hospital in the first month after discharge. In a 2019 study related to diabetes cases, hospital readmissions were an area where “black patients were at a higher risk of readmission than white patients”, resulting in higher health costs for the patient, increased risk of complications and reduced overall health.

Blacks are much less likely to be screened for colorectal cancer, cholesterol, gestational diabetes, and lung cancer, among many other diseases. Sharing health data so that providers know with confidence what is missing improves the delivery of prevention services.

A study published this year described the many ways that shared health data can be used as an essential tool to build trust with communities of color, including an example where leaders “spoke directly to the research team. employee the urgent need for easily accessible and reliable health information. and a social support infrastructure.

Eisenhower’s vision for a country better connected by an interstate highway system disconnected some Americans from their communities and their right to health. I believe the time has come to build a technological infrastructure for healthcare that corrects the flaws and damage created by the interstate system, helps us heal, and makes us freer. If we do this, 60 years from now our freedom of medical information will feel as fundamentally American as our open roads.

Claudia Williams is the CEO of Manifest Medex, a nonprofit healthcare network serving California. She was previously President Barack Obama’s senior advisor on health technology and innovation, and was director of health information exchange at the Department of Health and Human Services.