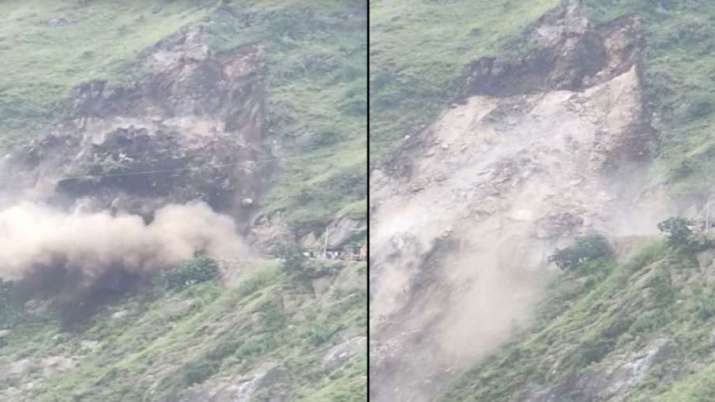 A massive landslide in the Shimla district of Himachal Pradesh led to the blockade of National Highway-5. According to the state emergency center, the landslide occurred in Jeori near Rampur in Shimla. Commenting on the landslide incident, the state’s emergency operations center said in a bulletin that no loss of life or property had been reported by authorities.

“The DPCR informed that a landslide occurred near Jeori-Division Rampur District Shimla due to which the NH-05 road was blocked. No human or material loss has yet been reported by the Authority. concerned, “the state emergency operations center said.

Meanwhile, a video of the landslide was shared on social media, which showed huge boulders rolling down a hill. Several people could be seen standing near the landslide site and recording the incident on camera.

The district administration deployed Sub-Divisional Magistrate (SDM) Rampur and a police team to assess the situation.

The state has experienced episodes of heavy rainfall during the monsoon season. It also resulted in landslides.

Earlier on August 28, the Chandigarh-Manali national road (NH-3) was blocked due to a landslide between Aut and Pandoh in the Mandi district.

Read also | Landslides cut off Sikkim from the rest of India

Road patrolman talks the wrong way about his accident, the dangers of driving under the influence | New